December 14 2017, Dubai, UAE: Following the 46th UAE National Day on the 2nd of December—a celebration of the UAE’s Union Day between the seven emirates with a plethora of world-class entertainment options—it can be said that customer engagement in the region has flourished in recent years. The UAE’s entertainment sector is expected to boost tourism revenues to $44 billion by 2020, and consumer interaction and immersive technologies are at the forefront of the entertainment technology movement, as demonstrated by Laservision with Dubai Festival City’s IMAGINE.

IMAGINE is a prime example of the quality of immersive technology and entertainment in the region, celebrating its one-year anniversary on the 26th of December. A world record-setting spectacular conceptualised, designed and installed by Laservision, IMAGINE is undoubtedly one of Dubai’s most magnificent entertainment and tourism attractions, contributing to the spectacular redevelopment of Dubai Festival City Mall.

Used for National Day celebrations in 2016 and 2017, the launch of Game of Thrones Season 7, special events and more, IMAGINE has seen astronomical success with an increase of 40% footfall to the Mall within the opening 6 months. “IMAGINE signifies the endless opportunities and possibilities of viewers from Dubai and around the world to interact and be a part of the show and to connect with something truly unique,” said Steven Cleaver, Director Shopping Malls, Al-Futtaim Group Real Estate. The possibilities are indeed endless, with a company that blends art, science, technology and customer experience to create unique and immersive experiences.

Mr Shannon Brooks, CEO, Laservision commented that “Laservision prides itself in the ability to surprise and delight the audience at every moment in our productions and installations. Modern audiences around the world expect the very best in immersive entertainment and Laservision continues to deliver on their expectations; raising the bar for large-scale entertainment attractions”

Laservision’s installations have seen great success, being used for other world-renowned events such as New Year’s Eve Celebrations in Victoria Harbour, Hong Kong, Marina Bay Sands, Singapore and The Venetian, Macau, and are the name behind the world’s most unforgettable spectaculars. This demonstrates the incredible flexibility of Laservision attractions, which are reprogrammable and designed to be used throughout the year, giving an even greater return on investment for clients. 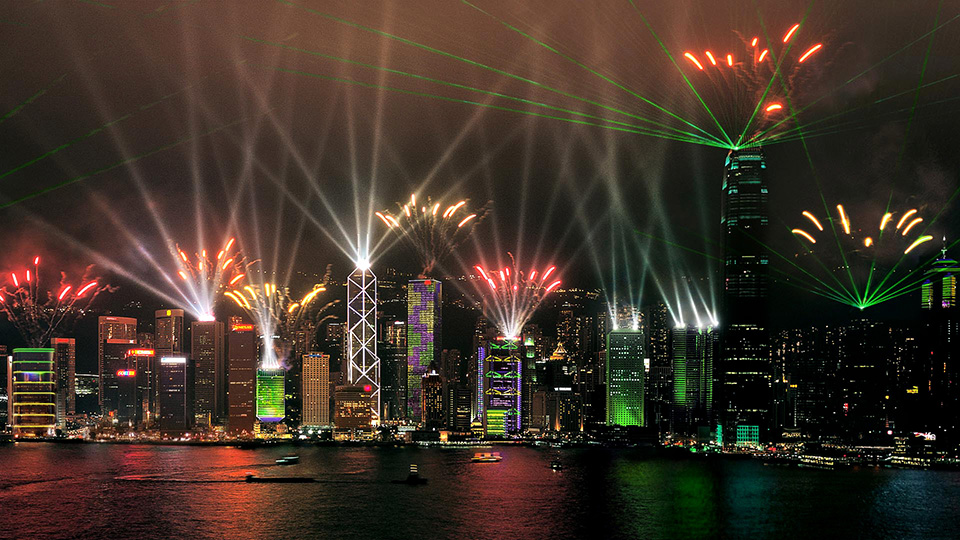 Such flexibility has also been demonstrated with Marina Bay Sands in Singapore, where Laservision produced a light and water show to captivate audiences using music, theatrical lighting, water effects, pyrotechnics, fountains and choreographed special effects synchronised into a single spectacular nightly performance. The show has been used as a spectacular to further engage audiences at National Day celebrations, New Year’s Eve Countdowns, Earth Hour and the world’s only Formula 1, night race.

Mr Brooks continued saying that “as Laservision considers a client’s brief for their next world-class attraction, we are always looking to the long-term benefits and longevity of the technology and art we produce. It’s important to us that our attractions can be used in a variety of events throughout the year, increasing our client’s return on investment.”

The quest for improved, unforgettable and long-lasting customer experience is top of mind for all brands. Laservision’s unique sensory experiences are strategically planned and executed to provide flexibility and longevity.