Christmas in the Square, 2019, Australia

The grand opening of the festival attracted many happy families, friends and neighbours from surrounding communities to enjoy the festive fun at Sydney Olympic Park’s inaugural event. Featuring family activities, local cuisine, live performances and the main spectacular ‘Christmas Around the World,’—the area was alive with Christmas Magic.

“Christmas is a joyous time of celebration and an opportunity for communities and generations to come together,” said Sydney Olympic Park Authority’s Director of Place Management, Susan Skuodas.

“We are delighted to present Christmas in the Square at Sydney Olympic Park to provide a great night out for families and people of all ages and to celebrates cultural diversity, which is the essence of community spirit in Greater Sydney.”. 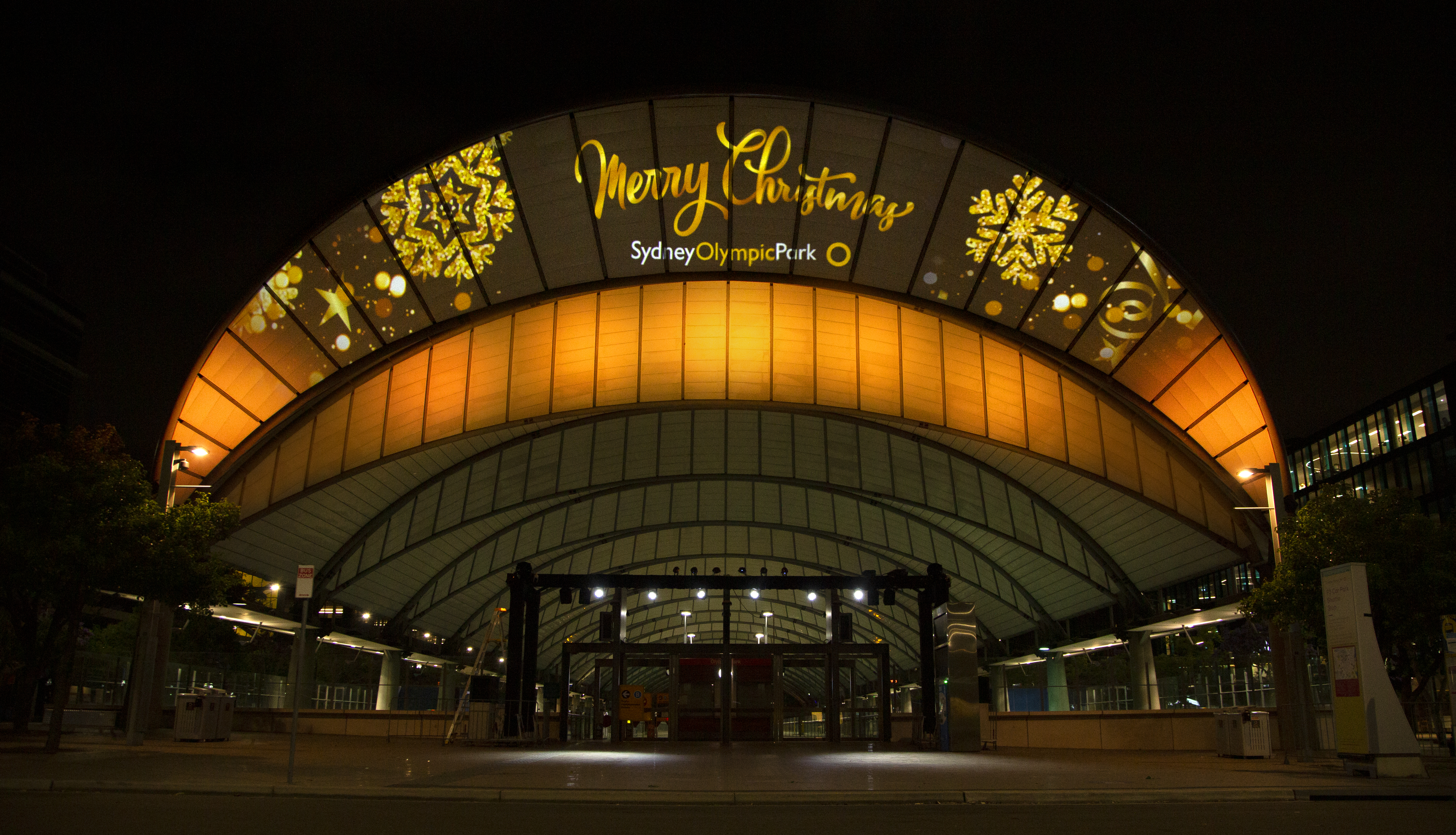 ‘Christmas Around the World’ – A Magical Projection Show

The main spectacular, entitled ‘Christmas Around the World,’ was unveiled to the public for the first time with multiple showings throughout the evening. The unique style of LASERVISION’s creative team brought a captivating story to the facade of award-winning Olympic Park railway station.

The production tells the story of Santa Clause as he travels around the World, bringing Christmas magic to multiple cities and regions, as he journeys to Sydney Olympic Park. From the North Pole to Australia, the visuals are beautifully crafted and reflecting the diverse cultures that make up the communities in and around the Sydney Olympic Park precinct. Set to a fun and upbeat soundtrack that propels the visuals for maximum impact, the production builds to a spectacular ‘Wow!’ moment when Santa “arrives” at the park and brings with him the chill of the north and snow begins to fall on the audience.

“It’s a magical moment . . .” said Mr Shannon Brooks, CEO LASERVISION. ” . . . bringing fantastic stories to life and immersing the audience with stunning visuals, as well as physical effects creates a more authentic and emotional experience for the audience. Seeing the audience, young and old, playing in the snow with laughter and joy means we got it just right. This is why we do what we do. We love creating memorable moments like this. And to be a part of this incredible event, especially in our own backyard, we are honoured to have been engaged to create something so unique and special for ”Christmas in the Square.’”