The Las Vegas Sands Corporation (LVSC) embarked on a World audit to identify and engage a single organisation capable of designing, developing and deploying a state-of-the-art outdoor permanent multimedia attraction on the doorstep of Asia’s premier Integrated Resort – Marina Bay Sands. After a 12-month audit, Laservision was selected as the successful company to produce a show unique in scale and dramatic concept. The Light and Water Show would captivate audiences using music, theatrical lighting, water effects, pyrotechnics, fountains and choreographed special effects synchronised into a single spectacular nightly performance. 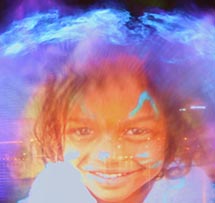 ‘Wonder Full’ is the story of Water and Light creating Life, told with Water and Light. The spectacular explores humanity and the beauty of the human experience through original footage of the people of Singapore, an original sound score and an abundance of technologies spanning the 15.4 hectare (38 acre) site.

The show takes you on an emotional and heartfelt journey through the use of water, fire, light, laser and other high-impact entertainment technologies. The show features custom video projection and music produced in Singapore with community-focused content.

Mr. Daryl Ang was selected as the Maestro and Conductor for this prestigious project. Maestro Ang was born in Singapore and is the ‘Young Associate Conductor’ for The Singapore Symphony Orchestra. Currently based in Europe, a selection of his accomplishments includes the winner of the 50th Besançon International Young Conductor’s Competition in 2007, the ‘9th Antonio Pedrotti International Competition for Conductors’ in Trento-Italy in 2006, and the ‘Arturo Toscanini Competition’, 2008.

The original soundtrack was recorded on location in Bratislava by the 140 strong Bratislava Symphony Orchestra including vocalists consisting of 10 sopranos, 10 altos, 8 tenors and 8 basses.

Also featured in the soundtrack is a child violin prodigy, Gabriel NG. He came to National prominence in 2003, when he won Singapore’s National Piano and Violin Competition when he was just nine years old.

‘What a Wonderful World’ by Louis Armstrong, is an immediately recognisable work that has delighted millions of people throughout the world for many years. As part of this original soundtrack a rendition of this song was included performed by the Bratislava Symphony Orchestra and two famous Singaporean singers Mr Joakim Gomez (19 year old Singapore Idol finalist) and Ms Amni Musfirah (16 year old trained at the Singapore School of Arts, and performed the soloist ballad rendition of the Asian Youth Olympic Games 2010 hosted by Singapore).

A global team consisting of 100 specialists in architectural, design, creative, musical, engineering, technical and IT resources were drawn through Laservision’s Hong Kong, Australia and Singapore offices.

All technologies are controlled down to the millisecond by Laservision’s Digital-Data Pump Series III (DDPIII) via 20 Media Servers and over 50 kilometres of data cable and fibre optics.

“A 360-degree experience unlike anything seen before.”

Laservision has incorporated extremely energy-efficient lighting technologies into the design such as intelligent LEDs, which aside from reduced energy consumption benefits, also have a longer lifespan; therefore reducing landfill waste and emissions created in the process of replacing consumables.

Laservision’s Water~Screen systems use a patented air-to-water mix ratio that aerates the surrounding body of water. Aeration promotes fish abundance and diversity, breaks down waste, neutralises excess nutrients that are the result of metropolitan run-off and reduces the level of gases such as carbon dioxide and hydrogen sulphide. As Marina Bay has become a water reservoir, the Water~Screen systems have improved the quality of the drinking water.

As the attraction relies on a range of cutting edge and sophisticated technologies, Laservision felt it was not necessary to incorporate an arsenal of pyrotechnics to provide the ‘Wow factor!’ Attractions that fire off pyrotechnics on a nightly basis release tonnes of toxic gases and chemicals into the atmosphere and surrounding waterways. As this attraction is located on Marina Bay, which is a drinking reservoir, the nightly spectacular is free of any falling debris that could comprise the quality of the water. On special occasions that call for extra celebration such as Chinese New Year and National Day, zero fallout pyrotechnic technologies are used to minimise the environmental impact whilst still maintaining a premium effect.

Since inception in February 2011, ‘Wonder Full’ has attracted an estimated 4.2 million visitors from around the globe. The show is popular with both locals and visitors and continues to play to over 30,000 spectators per week, driving a huge footfall to the area. The show has received international acclamation, including ‘Best New South East Asian Tourist Attraction’ by ASEANTA (Association of Southeast Asian Nations Tourist Association), Winner of PATA Gold Award for ‘Contribution to Culture’ (Pacific Asia Travel Association) and ‘Best International Multimedia Show’ by ILDA (International Laser Display Association). To maintain the integrity and quality of ‘Wonder Full,’  Laservision was engaged to provide a comprehensive operation and preventative maintenance program. Laservision Singapore branch office provides a dedicated support team of technicians who are devoted to ensuring the experience continues in its full glory. “The show is the exclamation point on the sentence of Marina Bay Sands!”